My newest work was released today (6/18) in IMAGE FILES PRESS (http://imagefilepress.net/). Every month they ask an artist to select an image and create 7 “responses” to it. The results are published as a PDF download. 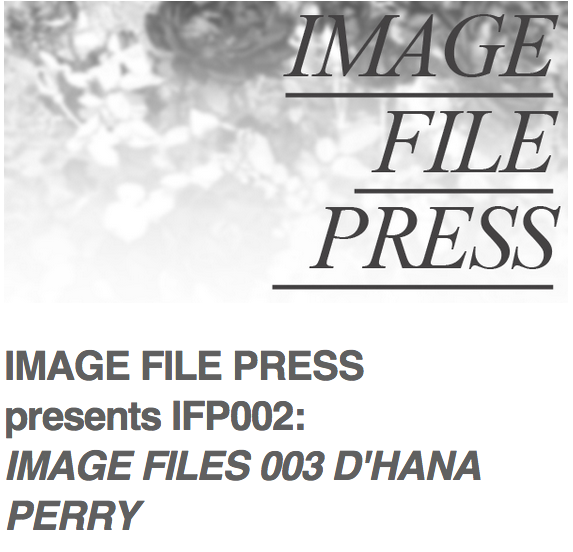 LOOSE was recently featured in Cluster Mag (http://theclustermag.com/) for the “NOT-MEN” issue., “A magazine of international popular culture founded in Spring 2011. By providing comprehensive and vivid accounts of the rapidly shifting terrains of music, art, and digital culture in a networked world, Cluster Mag extends a critical eye on our widening and fracturing cultural ecology.” Yep, that’s what they do.

My #KUNQ fam Brian Friedberg and LOOSE participant Micah Domingo sat down with me for a Q & A where we touched on “daps from dudes”, gendered DJ styles, and why the cyborg as a theoretical construct is wack.

In Of Grammatology, Jacques Derrida’s most influential work regarding linguistics and writing, he spends time describing a story of anthropological warfare between French anthropologist Claude Levi Strauss, and the Nambikwara people of Brazil, whom he studied. Derrida refers to a scene called “The Writing Lesson” from Strauss’s book The Savage Mind, in which he describes a forbidden interaction between the young girls of the Nambikwara and Strauss. The Nambikwara people do not use “proper names” when they refer to each other; they instead use a set of designated nicknames, which preserves a sense of structure within their community. The forbidden interaction occurred when Strauss discovered that he could get the proper names of the tribe from the young girls in the form of a game. Strauss admitted to manipulating the youngsters in order to gain access to the information that the Nambikwara had always kept private. After the elders discovered the alliance between Strauss and the girls, his “sources off information dried up”. As I read the account of the violation that occurred to the Nambikwara community and Derrida’s understanding of their ability to “obliterate” or “arche-write” (discussed below) their own language, I instantly began to think about the various naming rituals that occur within the queer, trans and performance communities. Performing a chosen name or identity is an opportunity for that person to embody a persona that mimics or represents who they really are, and this performance timeline can be flexible.

If a non-ally asks a trans person for their “real name”, this is a cultural violation and is viewed as highly offensive. Surely if Strauss were to study transgender people today, his sources would be dried up and his funding reneged. Within queer culture (which includes trans identities), names and nicknames – given and taken – are swapped and appropriated at a rapid pace. It can be difficult to keep up with a community who values identity fluidity as a Christian might value their relationship with God. That is to say, naming within queer communities is taken very seriously, even if comical, or highly unusual names are taken by a queer or transgender individual. The process of taking on a new name or a moniker occurs within drag communities as well. For drag performers, assigning or receiving a name can (and often does) include a tongue and cheek reference to historical and pop-cultural events or can be a derivative of a celebrity name. Often a drag queen will pick a name or be given one by a friend or “drag mother” , not too unlike the naming purposes described by Strauss.

Theorist Erving Goffman wrote about self-representation in our daily interactions in the 1959 essay Presentation in Everyday Life. He describes the various ways we may alter our behavior in order to 1) conform to society’s expectations based on our presentations and 2) to elevate our social ranking amongst our peers.

“I have said that when an individual appears before others his actions will influence the definition of the situation which they come to have. Sometimes the individual will act in a thoroughly calculating manner, expressing himself in a given way solely in order to give the kind of impression to others that is likely to evoke from them a specific response he is concerned to obtain…This kind of control upon the part of the individual reinstates the symmetry of the communication process, and sets the stage for a kind of information game-a potentially infinite cycle of concealment, discovery, false revelation, and rediscovery.” (5-6)

Certainly one, who inhabits a trans identity, enters this “infinite cycle of concealment, discovery, false revelation, and rediscovery” beyond what Goffman refers to as daily interactions. This calculating manner, this self-expression takes on more gravity and necessity when one’s generic daily interactions have the potential to put one at risk of discrimination. Adopting a new name is critical to navigating and simplifying these daily interactions. For transgender people, changing one’s name and pronouns presents a rupture to the various systems and institutions that monitor identity. This process bares a striking resemblance to the obliteration of language that Derrida refers to in The Battle of Proper Names. “Arche-writing”, which to him is a notion of writing that insists that the violation that “the written” introduces between what is intended to be conveyed and what is actually conveyed, is typical of the violation that affects the status quo, including the notion of self-presence. Taking on a different identity, name or nickname that does not categorically fit anywhere (eg, names/identities like Gender Trash, Pigeon and Home Fries) an “infinite referral” – it never arrives at meaning in of itself. These nicknames can be for play or for real and their intention is to disrupt the preconceived notions of who a person is and can be.

One of the most interesting things about inhabiting multiple minority identities is that my understanding of what is true or false changes quite often. This is not a result of confusion but rather, the result of the constant realization that everything we learn is equally true and false. The way knowledge is collected and learned is reliant on systematic categorization. It is inherently easier for human beings to see the world as a series of binary opposites, and much of how we experience life is filtered through this expectation. But my life experience tells me otherwise. The best way for me to convey this idea, that everything is both true and false, I must speak on how I experience gender, as it an excellent example the necessary systematic binary opposite (male/female).
END_OF_DOCUMENT_TOKEN_TO_BE_REPLACED

“To juxtapose, is to find the right fit” says Jeff Rice, author of The Rhetoric of Cool: Composition Studies and New Media. In his chapter regarding the art of juxtaposition, Rice discusses this style of writing or composition, as being native to deejay (DJ) and digital visual culture. A DJ or video artist will create new compositions, by juxtaposing appropriated ideas, images, and music through a thematic filter. Within my exploration of intersectional identities, I am interested in exploring a concept of remixing as a process of identity construction and image appropriation as a mental and physical process. I am particularly interested in the specificities of intentional genderqueer “passing”; the ability to be recognized by society at-large as male, female or neither, and the opportunities for freedom created by such a fluid, irreverent stance. By image sampling, physical cutting & pasting, and mental cueing, queer and trans people remix their bodies, turning everyday interactions into a creative act. These everyday creative acts can be particularly pungent for gender non-conforming people of color, as the addition of race adds a layer of complexity and surveillence.